Alistair Overeem: "Fedor Emelianenko is not the greatest heavyweight ever" 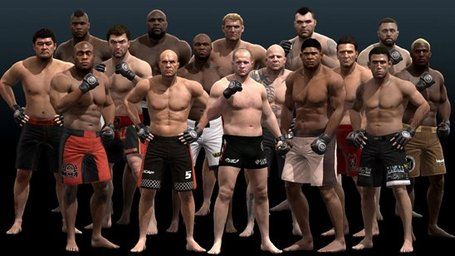 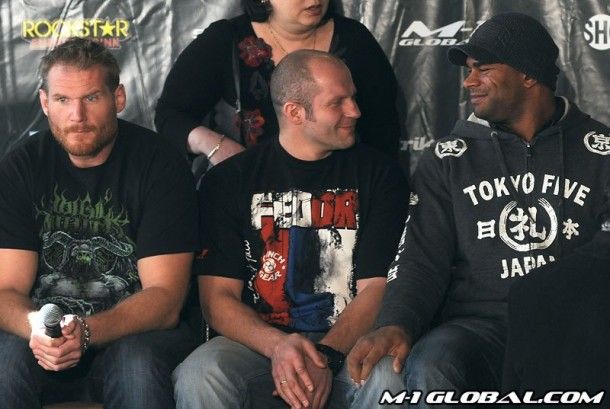 One of the biggest questions that has persisted throughout combat sports history is how long is too long to stick around? The nature of the fight game, blunt force trauma to the head, means that it’s better suited to young men but the reality is that aging veterans and legends of the sport often have a hard time letting go, often to their detriment. Most recently, these questions about when to walk away have surfaced regarding two of MMA’s all-time greats: B.J. Penn and Fedor Emelianenko.

Two weekends ago, both Penn and Emelianenko suffered ignominious defeats, to Dennis Siver and Matt Mitrione respectively. But while Penn lost a decision that saw him have his moment, Emelianenko was knocked out in under 90 seconds. Even more troubling, Emelianenko’s last fight before that saw him win one of the worst decisions of 2016 over former UFC light heavyweight Fabio Maldonado, who almost finished him on several occasions. With two damning performances in a row for the former Pride heavyweight kingpin, many are calling for Emelianenko to hang up the gloves for good this time.

Among those who think it may be time for Emelianenko to retire for good is former Strikeforce heavyweight champion Alistair Overeem. Speaking recently with FightHub TV, Overeem said that Emelianenko needs to consider retirement because even he has talked with his team about when the right time to leave is and he has looked much better than Emelianenko has the last few years.

“I’m a fan of [Fedor’s]. I like him as a person, but I’m having talks with my staff and my crew and my coaches about when is a good time to hang up the gloves,” Overeem said. “When does your performance start to diminish your legacy and your career? All legit questions I think and I think it goes for him too. He should have those conversations.

Overeem is currently the third-ranked heavyweight in the UFC and has looked excellent for the last few years of his career, the lone blemish being a title fight loss to Stipe Miocic. Since then he has rebounded with a knockout over sixth-ranked Mark Hunt and this weekend he faces the number-one ranked Fabricio Werdum in a rubber match that could well determine the next UFC heavyweight title challenger. With Emelianenko unable to compete at a similar level, Overeem says he is tarnishing his legacy by sticking around and that he hopes Fedor has the ability to walk away now.

But while Overeem is concerned about Emelianenko’s legacy, he also says it’s not all that it’s been cracked up to be. While many consider Emelianenko to be the greatest heavyweight MMA fight ever based off his 10-year run without a legitimate loss, which saw him win and defend the Pride heavyweight title — at the time, the most prestigious belt in the sport — Overeem doesn’t put nearly as much stock in that as others do, in part because he says Emelianenko avoided fighting him on multiple occasions after Pride was bought out by the UFC in 2006.

“The other thing is that he never tested himself in the UFC. That’s something that bothers me. He should have done that. He should have went to the UFC and went to that mix. There’s always gonna be that little thing over his career.”

After the collapse of Pride, Emelianenko took fights for various organizations, picking up two of the biggest wins of his career over former UFC heavyweight champions Tim Sylvia and Andrei Arlovski in 2008 and 2009 respectively, before signing with Strikeforce where Overeem was heavyweight champion. Instead of challenging Overeem, who had not competed in Strikeforce in two years, Emelianenko defended his WAMMA title against the undefeated Brett Rogers, who had just knocked out Andrei Arlovski, knocking Rogers out in the second round. Then Emelianenko picked up his first genuine loss when he was submitted by Werdum, which was followed by two more losses in Strikeforce to Antonio Silva and Dan Henderson.

Though it was often rumored that Emelianenko had finally signed with the UFC, that never came to fruition and Emelianenko retired for the first time in 2012, which to Overeem, means he is not the greatest heavyweight of all time.

“He’s not the greatest heavyweight because he declined to fight me on two occasions while I was the Strikeforce heavyweight champion,” Overeem said. “You want to fight for the belt, right? I wanted to fight him, he’s a name. And secondly, because he didn’t go to the UFC.”