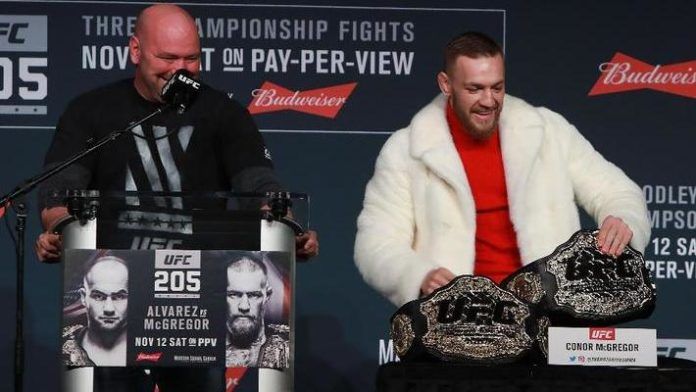 Ultimate Fighting Championship (UFC) President Dana White isn’t afraid to admit how crucial Conor McGregor has been to the popularity of the promotion.

While stars such as Brock Lesnar and Georges St-Pierre emerged before him, McGregor is the UFC’s top draw in the history of the organization. He’s set for a massive payday on Aug. 26 when he meets Floyd Mayweather in a boxing “super fight.”

“Notorious” and “Money” recently wrapped up a tour that stopped in four cities and three countries. White told the media that the tour was a success (via MMA Weekly):

As far as the list of personalities that have entered the UFC goes, they all pale in comparison to McGregor according to White.

“He’s very important to this company. He’s always been a stand-up guy. When we’ve been in bad situations, he’s done what no other fighter has ever done. He’ll take a fight. He will fight anybody, anywhere, anytime. Lot’s of people say it. I’m the guy on the phone asking them to do it. I know who does and who doesn’t.”