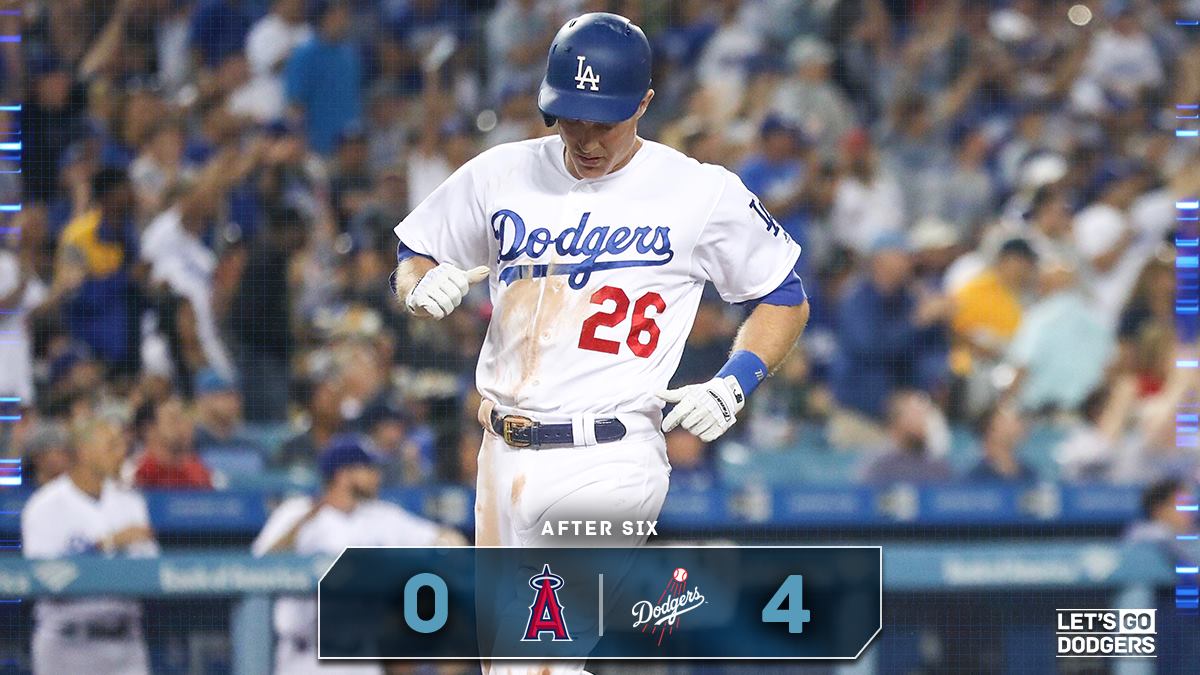 With Joc Pederson's three-run shot in the sixth inning of the Dodgers' 6-2 win vs. the Angels on Thursday night, the Dodgers reached 50 home runs in June, a franchise record for any month.

The Dodgers entered the game with 47 homers in June, the highest mark of any month since the club moved to Los Angeles in 1957 and two shy of the franchise record of 49, set in July and August of 1953. Chase Utley and Yasiel Puig hit solo shots in the fifth to tie the mark.

On their way to setting this record, the Dodgers homered in 17 consecutive games, from June 7-25, which is tied for second-longest stretch in franchise history.

Dodgers rookie Cody Bellinger has the most home runs for the club this month, with 13. Puig and Pederson are second, at six apiece.

The Dodgers close out June on Friday in San Diego.