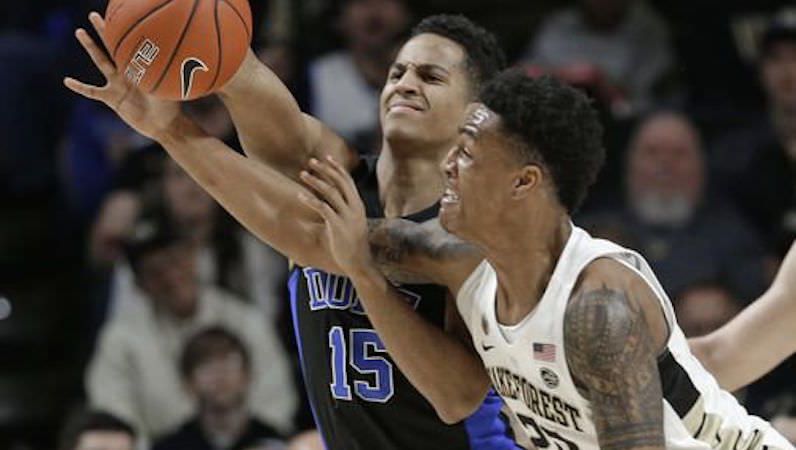 Wake Forest’s John Collins and North Carolina’s Tony Bradley, two of the better young big men in the ACC last season, are among six draft candidates scheduled to work out for the Charlotte Hornets Friday.

Collins, a 6-10 power forward, had a big sophomore season for the Demon Deacons, averaging 19.2 points, 9.8 rebounds and shooting 62 percent from the field.

Bradley, also a 6-10 forward, played off the bench in the Tar Heels’ national championship run. He averaged 7.1 points, 5.3 rebounds and 14.6 minutes over 34 college games before turning pro. Bradley is the first Tar Heel to turn pro after his freshman season since Brandan Wright, now with the Memphis Grizzlies 2007.

Others scheduled to audition for the Hornets Friday: Sterling Brown from Southern Methodist, Tyler Dorsey from Oregon, Frank Mason III from Kansas and Derrick White from Colorado.

In addition to this workout, Hornets general manager Rich Cho will meet with the media Friday to discuss the June 22 draft. The Hornets hold the 11th and 41st overall picks.