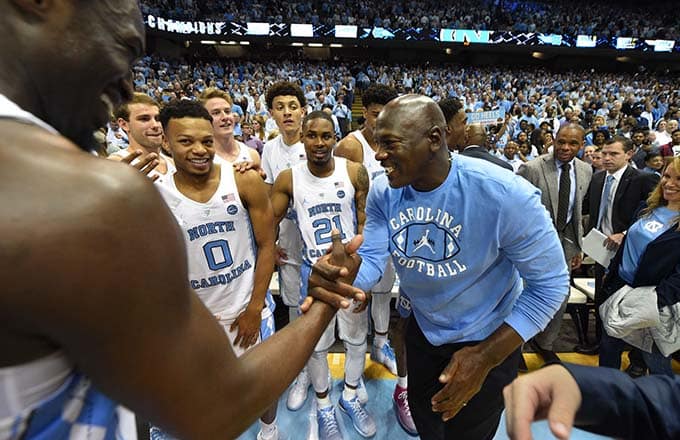 A date has been set by the NCAA to formally meet with several key North Carolina figures in relationship to an academic fraud investigation that has been going on since the extinction of the dinosaurs.

That might be an exaggeration of the timeline, but it doesn’t feel that far off. The NCAA opened this particular can of worms in 2014, though the sincerity of it has come under heavy scrutiny since the moment paperwork began shifting from the governing back of college sports and the University of North Carolina.

The public has reached a point of mass discontent.

In a time and place when people’s attention spans are growing shorter, coupled with a lack of actual interest in the “moral dilemmas” that supposedly plague college sports, the people most invested in this are fans of the university — oh, and the organization that is attempting to oversee something it maybe should avoid regulating.

It is an important thing to note as the August 16 hearing approaches. Casual fans, as well as most media, aren’t necessarily interested in the backdrop of the story. Rather, thanks to the lengthy time it has taken to get to this point, most prefer to just be notified when the endgame is reached.

If it is, you know, ever reached.

The hearing isn’t even the endgame. It is just the most public use of the NCAA’s reach to go on to whatever its next step actually is. Outside of this potentially — obviously, without it being a guarantee — being the last major hurdle the organization has before ruling on the alleged fraud, the draw of this hearing is that Larry Fedora, Roy Williams, Sylvia Hatchel, Carol Folt and Bubba Cunningham will all be in attendance.

It has the making of less an earnest hearing into allegations and more of a created spectacle to show “just how serious” the NCAA is at making a ruling over the supposed bogus classes that took place at the university between 1993-2011. We know this, as not everyone being asked to the hearing was with UNC during the time of the allegations.

Removing whether or not the university did anything wrong, especially in terms relative to sports (the academics side of this is obviously more important), this is clearly an attempt at providing solid optics to the public via the NCAA’s weird showmanship. It is not step 3,343,543 in its investigation. This has been going on for several years now, and if Mark Emmert and company were expecting a Law & Order 58th-minute-into-the-episode-like confession, that will not happen — though, this is not what the hearing is about.

For the people within the UNC bubble, this is about a witch hunt by the NCAA. Right or wrong, it is an understandable sentiment at this juncture, as few investigations by the governing body have taken this long or been rooted in so many alterations and new variations of NOIs that there’s — at least to them — reason to feel distrust to those who will ultimately decide the university’s fate.As for the NCAA, this is partially about saving face. That an investigation that once started with national hoopla simply didn’t get swept under the rug and a sense of closure is finally provided to a sports-loving nation — and the NCAA, itself, would love to tell everyone it was the one that provided it.

It is more than just that, though. The NCAA is still reeling from its overstepping of jurisdiction from the Penn State fiasco years back. While everyone agrees what happened in Happy Valley was morally unforgivable, the NCAA stepped outside its right to punish. That was a criminal issue, one that resided within the sports bubble, but had nothing to do with NCAA violations in terms the governing body is equipped to handle.

This is also about it being an organization forever under fire for outdated philosophies and built-in contradictions as to how it operates, and the NCAA would like to highlight its usefulness in a social media age.

Given all of that, no matter what happens August 16 and beyond that date, there’s only one guarantee we should know: However the NCAA wields its justice — mightily, with sympathy and understanding, with a whimper — it will feel both shallow and incorrect.

There are no right punishments for the University of North Carolina. There’s also no correct “free of allegations” notice the NCAA can provide. There has been too much dragging through the mud, over too many years, for any to leave this situation smelling like anything other than two sides spinning its own narratives while the general public will be left with conjuncture to make their own.

We all want our legislative systems to be just and swift. This entire NCAA-UNC situation hasn’t had either of those things. Thanks to the lack of haste in this process, no matter the outcome, there’s almost no chance of anything being considered just when it is all said and done.

Gathering as many facts as possible before making a decision is great. Something, in a vacuum, that should be celebrated. But an inconsistency in investigation methods by the NCAA, as well as not knowing its own jurisdiction in what seems like an accreditation issue, aids in making all of this a farce.

A years-in-the-making, publicly dragging people’s character through the mud farce. And there’s no coming back from it … for anyone.