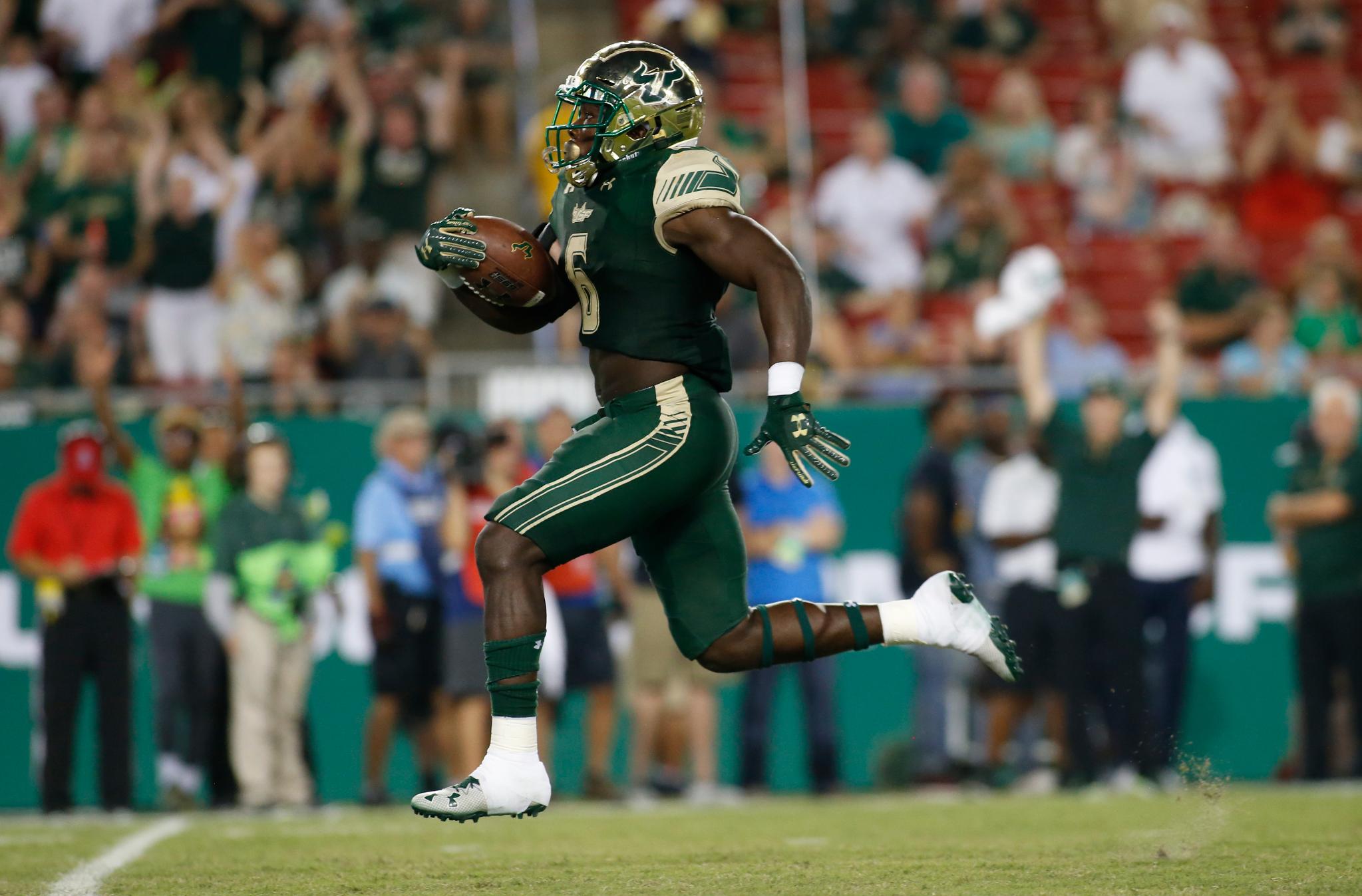 University of South Florida Head Coach Charlie Strong is now 4-0 and ranked in the top 25 after leaving the University of Texas, while on the other hand, the University of Texas Longhorns are 1-2 and unranked with Strong's replacement Head Coach Tom Herman at the helm. To top that, the South Florida Bulls haven't lost since falling to Temple last October, in a game that cost them a berth in the AAC title game but are now on track to make a run for the College Football Playoff.

Coming on Strong - Charlie Strong & The Bulls Make a Statement

Coach Strong's Bulls came out to strut their stuff Thursday night at Raymond James Stadium in Tampa vs. the Temple Owls. Temple’s only bright spot over the course of the Owls' 43-7 loss to the #21 AP Ranked USF Bulls was actually a anomaly. Late in the 2nd quarter of play, the Temple Owls defender Jacob Martin scored the Owls' first and only touchdown of the night when he stripped the ball away from South Florida Bulls' quarterback Quinton Flowers and ran it in for a touchdown.

The score cut the South Florida's lead to 20-7, but the Bulls turned around and scored 23 unanswered points in the 2nd half, extinguishing Temple's hope to mount a comeback. To say the least, South Florida dominated the match-up.

In spite of Flowers' mistake, he ended the game with two rushing TD's and 96 yards passing. The Bulls finished with nine penalties, with the first seven coming in the first half.

With this victory, Charlie Strong’s Bulls are 4-0, with a road game against East Carolina coming up next week. All that being said, if Charlie Strong and his Bulls can finish the season undefeated, they may very well be positioned to be involved in the College Football Playoff selection process.

The Bulls have got to be feeling themselves right now.