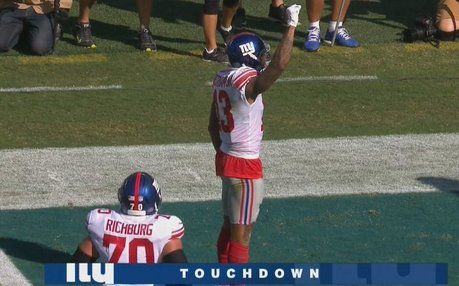 Odell Beckham made another spectacular catch against the Philadelphia Eagles in a losing effort on Sunday. The Giants are now 0-3 to start the season after the Eagles replacement kicker that was signed off the Bengals practice squad hit the longest field goal of his life (61 yards) to win the game.

What a moment for the Philadelphia Eagles kicker Jake Elliot! Elliot managed to secure a victory for the Eagles vs the New York Giants by knocking down a field goal making the score 27-24, Philly.

Odell in the End Zone

Giants wide receiver Odell also made a few statements on the field after scoring a few touchdowns:

Odell Beckham Jr. raised his fist after one touchdown to show support for the protest of the National Anthem 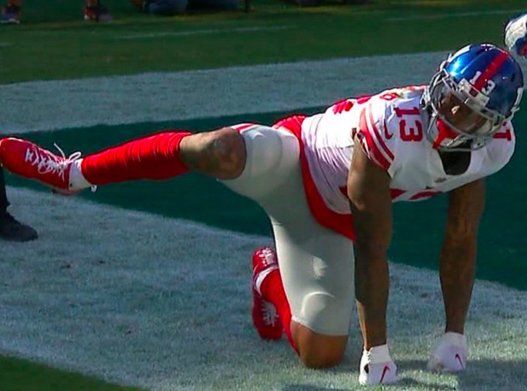