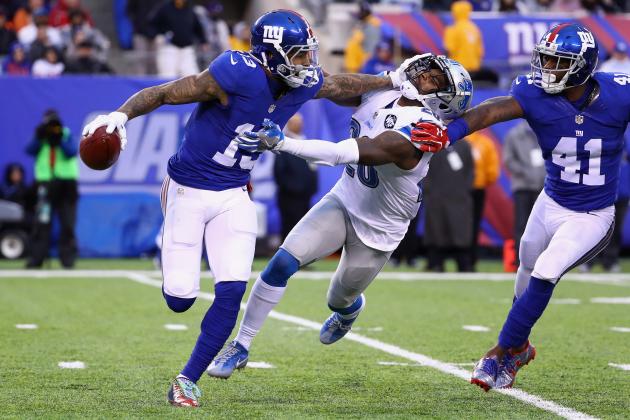 The Lions will look to keep their winning ways going this week after opening up with a win over the Cardinals. The Lions will get a NY Giant's team that not only lost, but appears to be overly dependent on one star player (Odell Beckham Jr.) they were missing in week 1.

Coming into the season the Giants were one of the worst running teams in football, and they weren't any better in the opener. The Giants leading rusher, Paul Perkins had just 16 yards and that was on seven carries. What's more troubling is the Giants were close most of the way in the game vs the Lions, but the Giants still didn't try to establish a run game.

OBJ may have showed everyone he could be the MVP of the league, since the Giants offense would be completely lost without him. First, Beckham's absence allowed the Cowboys to sit back on defense, blitzing only a minuscule 7% of pass plays, and even without the extra pressure, the Lions sacked Eli Manning three times. Second, Manning's 29 completions were good for just 220 yards, meaning most of his passes were underneath, which is no surprise considering Shane Vereen was his top target on the night. So If Beckham can't go or isn't 100-percent, expect Detroit to sit back the way that Dallas did. If Beckham is back and healthy though, it changes everything for the New York Giants' offense.

The real test of this game though will be how the Giants secondary handles Matthew Stafford. Stafford torched the Arizona Cardinals last week in the second half, going 12-16 for 180 yards and a TD. Arizona, a team that led all teams in blitz percentage last season, only blitzed Stafford 21% and sacked him only once. of the time sack him just once and only had four quarterback hits on Stafford. Look for the Giants to turn up the pressure, since sitting back on Stafford doesn't seem to work.

Who Wins In Giants vs Lions?