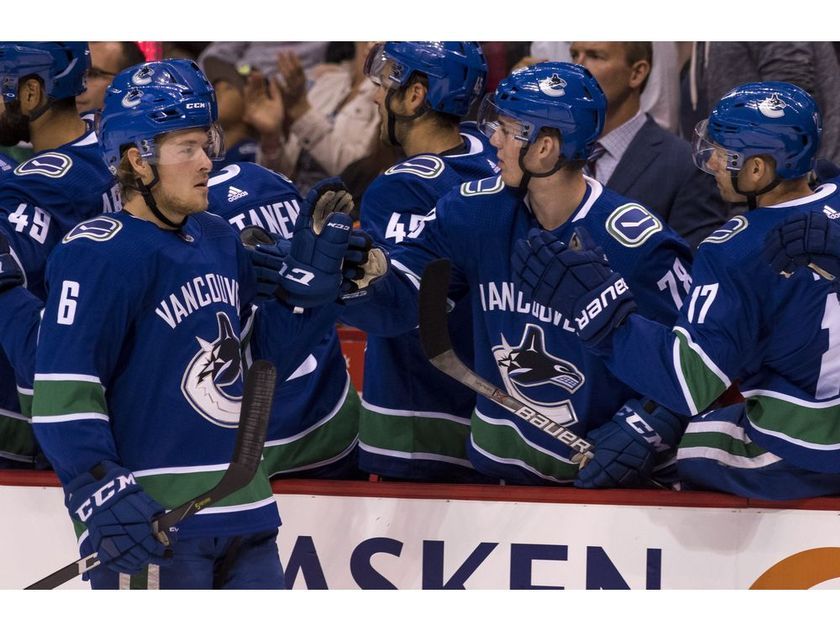 It may not have counted in the official standings, but the Vegas Golden Knights hit the ice for a game for the first time on Sunday afternoon and put on quite a show.

The Golden Knights absolutely obliterated the Vancouver Canucks by a 9-4 margin in their first exhibition game thanks to four-goal outbursts in the first and third periods.

Leading the way for the Golden Knights on Sunday was 21-year-old forward Tyler Wong.